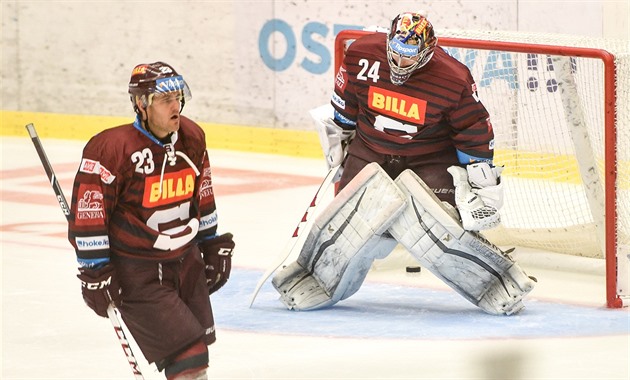 What does the player himself do? “This awards is nice, I like him, but now he’s going away, because it’s my priority to help the team. And to get to the final. ”

You could hardly hear from any player, whether Joel Lundqvist from Swedish Frölund, or Yannick Rathgeb from Fribourg, next to Pecha, other candidates for the prize, team success is above all.

Sparta has made the first important step: defeating Sweden’s Växjö 2: 1 last week and on Tuesday in home retaliation (18.30, 02 arena, broadcasting Sport 1) . “If we lose more than that, we are out there.”

So we have no advantage.If we want to move, we have to win the second time, “says Pech. “The final is important to us, because we do not want success only for Sparta, but for the whole Czech hockey.”

And the question about the statement is proof that the Champions League in Sparta really takes seriously. “The Champions League is prestigious for us. It is the beginning of a project that is being formed and evolving. And if it lasts long, it gains popularity among both players and viewers, “says Pech, 33, “We want to show that we can also win against the best teams in Europe.”

He complains that the clubs that participate in the League themselves are leaving for the matches in the “batch” team. When he talks loud about the priority of the domestic competition.

“It’s a pity.Before playing some friends in the summer, it is better to be in the Champions League and play against excellent rivals. “The Spartans do not even complain of a bigger jump, augmented by longer traveling. “It’s a rest for us in a way. These games are disrupted by the stereotype, the usual extra-league cycle. There will be another team, other players, we will play another hockey. ”

Besides, Pecha and other Spartiens do not lose the Champions League, they also prove individual extra league statistics. Maybe the productivity is just a point behind Michal Vondrka from Chomutov and his teammate Petr Vrana.

“Being the first is tempting, but the wolves are a lot. When I was younger, I would have to stick to it now, not now.It would be nice to win, but it’s not the main thing, “says Pech.

The goals are different – the titles. The one from Europe and the home.