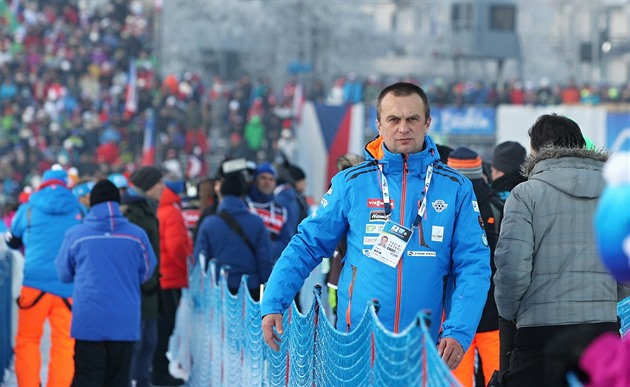 On Saturday, an extraordinary meeting of the IBU International Biathlon Union Executive will be held in Antersel in a single month.

The first one in Munich did not satisfy much. Russia has “returned” voluntarily to the World Cup in Tyumen and the Junior World Championships in Ostrov 2017, but this move was considered by many to be a strategic, pre-arranged move.

What’s next? Two Biathletes were suspended, Viluchin and Romanov, who had completed their career in the meantime.And the IBU Investigation Commission has been set up to investigate what McLaren’s commission has previously investigated. “It was more of an effort to calm things down so that no strict action is needed against the Russian Biathlon Union,” says Jiri Hamza, head of the Czech Union.

The McLaren Commission report records another 29 cases of handling Russian biathlon specimens. “If there are a total of 31 cases, it must have been a clear systematic doping, letting it down, who wants to,” Hamza points out. Richard McLaren refused to disclose specific names of athletes. “It must be done by an international federation,” he pointed out.And the IBU was so reluctant.

Hamza’s two letters of December and January, sent to the IBU on behalf of the Czech Union, found direct or indirect support from some national federations, but not a strong incentive for IBU executives to take strenuous steps. “A number of officials went to see me, expressing my private support, but they were afraid to speak.”

Then there was a break. The athletes themselves have put themselves into the matter. “I can overlook the IBU, but 150 biathletes who sign the petition for a greater fight against doping, no more,” says Hamza.

1. longer sentences (up to 8 years) for athletes convicted of doping,

2. higher fines (up to € million) for national federations whose athletes will be doping,

3.reduction of national quotas for countries with doping biathlonists.

As Michal Krčmář notes: “For some athletes, it was obviously not essential that they had destroyed the health of doping, nor did the two-year sentence be dissuasive for them.

The Russian party’s rhetoric is of course quite different. The influential politician, Mikhail Dzhagarayev, does not talk about systematic doping but looks for a possible foreign interference and the action of a criminal group headed by the former head of the Moscow Anti-Doping Laboratory by Grigory Rodcenkov. The temporary suspended biathlete Jan Romanov for TASS said: do I justify?From the scratches on the bottles with my pure specimens? ”

Just the expression of any humility by the Russians now Hamza lacks. “No one from their side has yet risen and said, Gentlemen, it probably was not all right. Their propagandist machine simply goes on and comes with the opinion that I am a gauner. “Rico Gross, the German coach of the Russians, indicated that the Czech Biathlete Chairman had launched his event in order to win the New World Championship for the World Championship 2021 allocated to the city. Hamza’s answer is that in the event of a Russian Championship withdrawal, the Czechs would probably not run for it again.

“Rico could not say anything else,” he says. “What he does not like about his chlebodarů, nor do not like him or her.We know where democracy begins and ends in Russia. ”

The biathlonists, whose action was being prepared by Frenchman Fourcade, Bohemian Schlesinger and American Bailey, did not use the word Russia in their petition, but wrote,” We are frustrated that, a number of challenges from athletes and national federations over the past few years, the IBU has not pushed the rules to such an extent as to prevent the scandals described in McLaren’s report. It is clear that current IBU rules are inadequate in this respect. We have to dissuade all athletes and federations that could be motivated to dopať. ”

The fate of the championship in Tumeni, which despite the recommendation of the IOC not to award the summit to Russia at the moment, .Still, the punishment for the Russian Biathlon Union in the form of the removal of this championship seems logical.

Hamza is aware that such a verdict would make him even more enemies. The biathlon “family” is currently split. “But there are times in your life when you have to take courage and say your opinion out loud.”