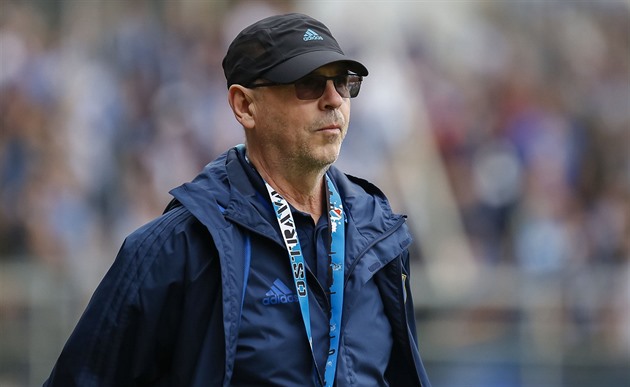 “It could be said that we devalued the result from Slavia,” said the captain of the defeated team Petr Jiráček. Victory from Eden did not bring the desired positive effect. From the perspective of the whole spring, the duel on Slavia seems like a happy exception.

“We have to figure out what it is like. It is impossible for a team to play a tactical and physically great match and lose the last team in a week. That’s not normal, “said Zlin Vlastimil Petrzela, coach.

“We had hoped it would get back. The end of the first half seemed to be on the right track. But in the second half we returned to the old one, “said Jiráček.

Twenty minutes before the break, Baník’s life-struggling play could not be enough.Especially when he drove out in three promising firing positions in the lime failed and the opportunity to compare the early leadership of Ostrava was shed by the weakly firing Vukadinovic. “The ball passed four times five times with little lime, but unfortunately we were not strong enough and aggressive to put it there “I was an attacker, and when I saw the balloons run along the goal line and nobody was able to reach them, my heart was flustered. ”

Zlín does not learn after autumn and will again pay for the weak personnel of the offensive post. “The railroads are wounded and he has not been trained for a long time, and he is getting into it.Slavia squeezed in Slavia, he did not have it anymore in Ostrava. But we do not have another player, “said Petrzela.

And when the wounded replaced by the Beauguel, it was even worse. “Beauguel is training once a week for the month,” Petrzela leaned into the French hippo, who in the Zlin is more often than not playing.

The second half did not give him sleep. “We did not have anything to do with football here. We started to play nonsensical kicked football, which was nothing, because the attackers did not go for the head of the game.I did not understand it, “he summed up the terrible performance of his choice after changing the sides.

The guests took a break at the rest of the stadium and kept it at the set time after the offensive standard situation of Zlín for the second time. you have no chance or we have not gotten into the right pressure. The second half was an absolute disaster, “added Jiracek.

The sweet triumph was celebrated by the Ostrava coach Bohumil Páník, whose Zlín fired at the end of February.

” It is not my win Baník Ostrava, “he refused to feel personal satisfaction. Also, Poznar, Diop and Pazder have enjoyed the victory at the former club’s playground.

While Ostrava was fully involved in the fight for rescue, for Zlin the fifth spring defeat could have unpleasant consequences. From the gliding position he still has only four points in the 23rd round.

“If we win, we’re still at peace. That’s how we got complicated. The match with Ostrava showed me that once I get into the team, the substitution is not adequate, “said Petrzela, a forced absence on the right, where Ekpai and Matejov did not play because of the card punishment.