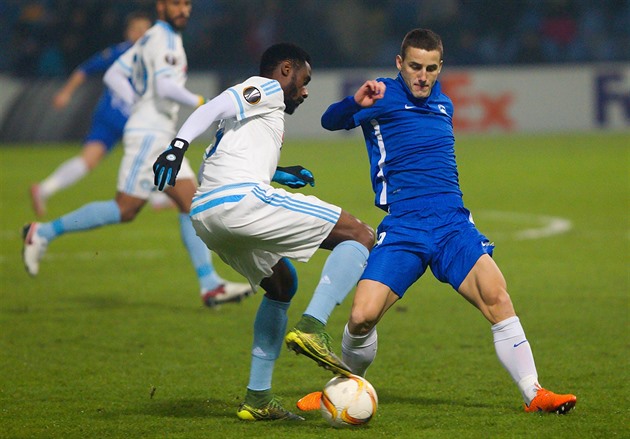 The rivals for the first knockout round will learn on Monday, maybe they might come to Manchester United, Liverpool or Lazio.

“I wish a big team to be the full stadium in Letna. Manchester United would certainly be great for Spartan fans, “coach Shastny said.

Sparta had a good run before APOEL. In addition to the financial prize for the spot gain, Cyprus played a possible jump to the first place of the K group. But Schalke did not let Sparta do it, as in Asteras, Tripolis won 4-0.

Simous tried to deploy a combined set in Nicosia , but after the first half he lost 0: 1. After the break, guests turned the score: Julius narrowed and two more goals were added by Lafata.

“Twelve points in the group is a success.There is no reason to worry if there might be any more, “added the coach.

Liberec was trying to go to the strongest possible match in the autumn, but did not repeat the lucky win over Marseille. His dream of a spring in the European Cups began to melt after 13 minutes when he first cashed. He eventually got four goals, but a quarter of an hour before the end of the duel he was even more ill-treated when, thanks to the interventions of Bakos and Shurala, he reduced to 2: 3.But then he does not push his opponent to his gate and he ends up in third place as well as Pilsen.

“It was confirmed that we can beat such clubs, not to beat”, shrugged goalkeeper Tomas Koubek. “But overall, we can be proud of what we’ve been doing here for half a year,” Captain David Pavelka said. “As a whole for Liberec, for the whole region and for Czech football. We certainly did not do the trick. ”

The Pilsen players in the European League cut off a series of four defeats in a row and won their fourth point.After the turn of the rounds when they led, losing and re-leading, it was only seconds after the victory over Villarreal, but the fifth team of the Spanish league still managed to make it to 3: 3.

“Maybe before the game, but after the course and conclusion I am a little disappointed. But I would like to praise the boys, the game worked, a pity that they did not reach the winning end, “said coach Karel Krejčí.