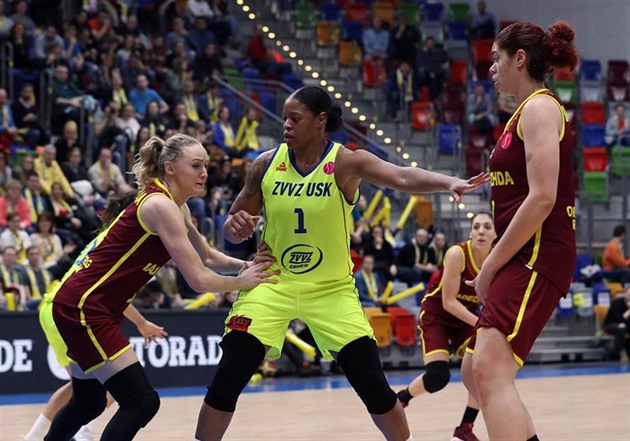 “We did not play our best game, but we showed that we were fighters and that we were going to take the lead. We’ve proven that we have the process. Everything can happen in the middle. Now we have to get the best out of it and do everything for it. We do not want the season to end for us, “said Sonja Petrovichova, who was 18 points best USK shooter after the match.

Pražanky came to the game when they were accurate in the attack and took the lead 11 : 0. But then Tiffany Mitchell returned to the match, who immediately resigned due to a nose injury, and immediately raised the Orenburg game.

The Czech champion made problems with the defense of the visitors drawn all over the court, yet they did not even let the rival lead once.In key moments, they helped with the troops and especially the attacking rebounds – how many times they had three consecutive attacks. Kia Vaughn was brilliant in the attack.

“Kie is not doing a few games in the attack, but as she defended and bounced the balls, that was key. Referee Natalia Hejkova, whose coach got 21 rebounds, was the sixth best performance of the entire Euroleague season.

At the beginning of the third part of USK, several unnecessary mistakes, including technical, allowed rivals to come closer to just two points but then significantly improved the defense and the 12: 0 line showed a decisive leak.

“The third quarter showed the experience and the heart of the players.In the previous matches, we broke that someone was pulling out, but today we could break into our side. The team just went to the match and it was impossible to lose, “said Hejková.

Orenburg has not found a turning point in the last part. USK, thanks to the great defense, has a chance for the third round of the Final Four.

“It’s now fifty-fifty, the most important thing is to give the players physically together,” says Hey, who narrowed the rotation to eight players and in the second half almost did not move.

“I believed that the girls could handle even a small spin. We have experienced players who can sniff out during the game. I risked, but it was a big thing, and adrenaline helped players to do this.I have to compliment them for perfect combat, “she added.

” We are now in lauf. We were able to play against such teams, and I believe that we will continue to do so. The advantage of the home environment is now on the Russian side, but this match has come together and there we will get it, “said Captain Ilona Burgrová.